Chrissy Sturt - About the Author

Chrissy is a freelance journalist and writer based in Hampshire. She was born with one foot in the past, wholly unsuited to modern ways and in desperate need of a time machine. After taking a double first in History at Oxford she began her career in print, first working for free on her local paper and eventually landing a junior position with the BBC in Southampton. From there she enjoyed a varied and exciting career in news, always with one eye on her true love - fiction. Nearly five years ago she began this quest in earnest, initially concentrating on historical stories for children. She came second in the Wells Festival of Literature, was chosen for the competitive mentoring scheme run by Write Mentor and scooped another second at the Winchester Writers Festival. Alongside this she developed a passion for writing flash. She won the Writers Bureau flash competition, has been twice published in the prestigious National Flash Fiction Anthology, also Reflex Fiction and the American journal Literary Mama. Constantly seeking to learn and improve she is a serial course attendee, always with a view to meeting and making new writer friends. She is married with two teenage children, who do their level best to avoid reading anything she's written. She is currently working on a novel set in the Napoleonic Wars, and loves nothing more than to be buried in a dark rabbit hole of research. Oh, and she's still looking for that time machine.

​Collapse was the winning entry in the Historical Writers Association Short Story Competition 2022 and appears here with the kind permission of the author. 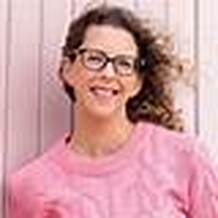